Straighten Out Your Tax Liabilities.

Are you an Amazon seller living in the United States? Then you’re probably aware that tax time is approaching. In fact, Amazon just released the 1099-K forms just some time ago.

The repercussions of violating any tax code concerning the Amazon State Sales Tax befalls only the seller, with Amazon entirely acquitted. It, consequently, goes without saying that every Amazon seller is accountable for the local tax nexus pertinent to their Amazon business.

As a seller, it is crucial to be aware of the Amazon Seller Sales Tax and deductions. Well, it is nothing new since “sales tax” implies to every retailer out there – be it big or small; offline or offline. However, Amazon and FBA Taxes for sellers might be a little complicated than it is for other retailers.

Big. Small. Online. Offline. Tax Nexus is for Everyone. 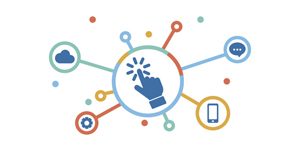 As a seller, it is crucial to be aware of the Amazon Seller Sales Tax and deductions. Well, it is nothing new since “sales tax” implies to every retailer out there – be it big or small; offline or offline. However, Amazon and FBA Taxes for sellers might be a little complicated than it is for other retailers.
What is a Sales Tax Nexus for Amazon Sellers?

Amazon Sales Tax and nexus issues are one of the most intimidating challenges constantly faced by Amazon sellers. Every so often, an Amazon seller runs jeopardy of violating a tax nexus. The tax nexus concerning an individual Amazon seller’s business pertains to account details, for instance, the location of the FDA warehouse, along with the affiliates of the business listed in a particular state. Whether you’re running your Amazon store from a physical presence in the US or not, you still need to treat tax nexus as a potential risk, an amazon Seller can stir the pot if they rake in a certain volume of sales in any US city.
The Sales Tax struggle is Real as an Amazon Seller 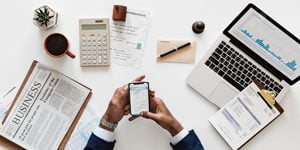 For starters, due to the nature of the Amazon FBA Sales Tax, the setting up of an FBA business calls into effect sales tax nexus relating to several states. Amazon And State Taxes returns is a comparatively easier issue to deal with for Amazon sellers who aren’t into FBA. The location of warehouses and offices is obviously known and consequently, the applicable tax nexus is easily determined. The setup of Amazon’s tax sales collection program is a considerably rigorous affair that throws off many candidates at multiple points. The interface and instructions on the Amazon seller central tax settings page frequently come off as demanding and intricate. The complexity of the setting interface results in making many users end up forgetting to specify vital details, for instance, the city, county, or state where the business operates physically. One intricate segment of the tax settings is the section which necessitates the seller to identify the appropriate tax code for all merchandise being sold.

Should I Outsource Tax Preparation?

Unless you’re a tax expert (i.e. you’re already a CPA), outsourcing your Amazon and state taxes is one of the best things you can do for your online business. You may have got the hint that setting up Sales Tax on Amazon Seller can not only be complicated but also potentially scary and time-consuming.

And while outsourcing comes with expenses, it not only saves you that much in taxes (and then some) but could possibly even turn owing taxes into getting a refund back.

How Sales Tax Solutions Can Help?

Identifying Your Tax Liabilities in the Various States

The Amazon stores your inventory in various states’ warehouses which implicates taxes for you. Our Sales Tax filing services identifies where your inventory is being stored, condensing your tax liabilities for you to decide if you want to remit tax there.

Collect the Accurate Amount of Tax

At Sales Tax solutions, we ensure that you’re collecting the right amount of tax based on your merchandise being sold in over 12,000 different tax jurisdictions.

Our synchronous Tax filing, reviewing and preparation services do submission on your behalf everywhere in the U.S.A. We’ve got every corner covered no matter which state or locality you do business in.

We make sure you are not on the hook for Amazon sales tax from purchases made by tax-exempt bodies, for instance, non-profits, churches, and governments.